The German industry association for prams, child car seats & co. reports on the current situation in the industry, the changes brought about by Covid and which trends are becoming important.

The second pandemic year 2021 has been marked by hope for an end to the crisis. Many things have improved, most adjustments have been made and some things have already become the new normal. Communication, marketing and sales are predominantly taking place in the virtual realm, trade fairs are offering digital and hybrid formats and consumers are helping online retail to set new records. At the beginning of the year, the children's nursery products industry was delighted to report the highest birth rate in Germany in 20 years.

While the number of newborns in 2020 was around 5,000 lower than in the previous year – at 773,000 – an announcement by the Federal Statistical Office in spring made people sit up and take notice. From February and March 2021, a small baby boom was observed in Germany and other European countries with 6 % and 10 % more births year-on-year, respectively. The "cocooning effect" after the first lockdown has been coupled with economic concerns in the countries particularly affected by the pandemic. In Spain, France and Belgium, birth rates therefore tended to decline.

Another trend is the rising average age of women when they have their first child - in Germany, mothers are on average 30 years old. The proportion of mothers over 40 is also increasing. The higher age of mothers and the growing use of fertility treatments are also seen as causes for the increase in multiple births. According to the Federal Statistical Office, as many as one in 27 newborns in Germany in 2019 was a multiple birth, mostly a twin,. This corresponds to a share of 3.7 %.

While 2020 was a rollercoaster ride economically, also due to the pandemic-related interruption of supply chains, with the strongest slump in the spring quarter since the end of the war, 2021 has been stable so far. Industrial production, which accounts for a quarter of value added in Germany, has remained largely unaffected despite high infection rates in the first third of the year. According to the economic barometer of the German Institute for Economic Research (Deutsches Institut für Wirtschaftsforschung), gross domestic product made a strong leap of around two and a half percent from April to June. The continuing recovery is also making itself felt on the labour market, where more and more people are returning from reduced working hours to regular employment. Nevertheless, the consequences of the pandemic have not yet been overcome. The increasing shortage of raw materials is burdening the industry and the risk of insolvency is rising.

"The supply chains that were permanently affected by the pandemic are in the process of returning to normal," reports BDKH Managing Director Michael Neumann. "What continues to be very difficult for most manufacturers are the container prices from Asia to Europe. The costs for this have virtually exploded compared to pre-Covid levels. This is significantly driving up the cost of many products and forcing manufacturers to pass that on in their prices."

It is important not to lose sight of the fact that about one in five children in Germany lives in relative poverty. Around 2.8 million children and young people are at risk of poverty in this country - and thus often also educationally disadvantaged. Unfortunately, this proportion has remained constant at just over 20 % for years.

Parents' spending on their children in Germany varies accordingly and is strongly dependent on disposable income. According to the recently published study "Konsumausgaben von Familien für Kinder" (Consumer Expenditure of Families on Children) by the Federal Statistical Office, the bottom 10% of the population on the lowest incomes spend 424 euros a month on an individual child, while the top 10% of the population on the highest incomes spend 1,212 euros, almost three times as much. The figures are based on surveys conducted in 2018. On average, monthly expenditure for a single child is 763 euros, for two children 1,276 euros and three children 1,770 euros. An only child consumes around 21 % of their parents' consumer expenditure. Compared to 2013 (average 660 euros), spending on an only child has thus increased by 16 %.

The market for baby and children’s products

Hansjürgen Heinick, Senior Consultant at IFH Cologne, describes the various developments in the market for baby and children's products in 2020: "Turnover here fell by around 8 %. Looking at the figures by segment, the main contributors to this were clothing, shoes and accessories, including school bags and satchels. This was especially the case with toddlers and kids, while the decline for babies was less pronounced." Last year, the product groups around children's mobility - i.e. children's vehicles and children's bicycles - developed particularly well.

Pauline Fleischer, Junior Consultant Market Intelligence at GfK in Nuremberg, reports that in the crisis-ridden first half of 2020, the child car seat category in Germany suffered a sharp 13 % drop in sales due to shop closures. In April 2020, when brick-and-mortar baby and toy retailers remained closed, this product category even recorded a decline of 46 % (in value), as measured by the GfK Panel Market. "Compared to the weak first half of 2020, sales for the first half of 2021 turned out to be relatively positive with a jump of 15 %," Fleischer states. The majority of growth took place in online retail (20 %). The brick-and-mortar shops recorded an increase of 9 %. While sales on the high street predominantly stemmed from i-Size seats and child seats for the smallest age groups (0/0+, 0+/1), the seat groups 1/2/3 and 2/3 continued to achieve the largest share of sales on the Internet.

Second-hand not only for fashion

A change in consumer behaviour in response to climate change but also to pandemic-related circumstances - lower demand due to school closures and fewer sporting events - is particularly noticeable in clothing, says Hansjürgen Heinick from IFH Cologne. "Second-hand is likely to gain more or less significantly in importance in the future and also spill over into other segments, such as prams." The catalysts of the second-hand boom are digitalisation in addition to more conscious consumption, according to one of the findings of the IFH Cologne study "Sustainability in the Amazonised World". With the help of various apps and services, trade in used clothing is becoming a relevant sales factor.

Triggered by the Covid pandemic and the increasingly obvious climate crisis, younger consumers in particular are questioning their buying decisions. This is also being accompanied by more frequent local shopping - both online and offline. "Sustainability is now obligatory if a manufacturer wants to find favour with retailers, consumers and opinion leaders. As a result, more and more companies that have focused on completely different benefits in their messaging and offers are implementing and also communicating sustainability," Ulrica Griffiths, owner of communications agency Griffiths Consulting in Munich, also confirms.

The new edition of "pej kids" was published in August 2021. The Danish trend agency pej gruppen has identified the key trends in fashion, interiors, food, ... By  Katja Keienburg

BabyKid Spain + FIMI will be back as usual in 2022

The professional event focusing on children, BabyKid Spain + FIMI, scheduled for February 2021 is postponing its regular format until January - February ... By  Editorial staff

Trends on the baby-tech market

The market for digital products and technologies for babies and children has been growing exponentially. This is owed in part to the many ways in which ... By  Editorial staff 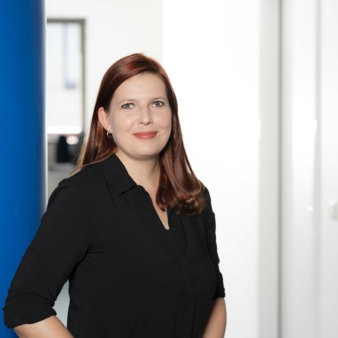 Trends on the baby-tech market

The ARkid Cloud: Augmented Reality for Everyone

Zynga Opens Pre-Registration for FarmVille 3 Ahead of November 4, 2021 Launch